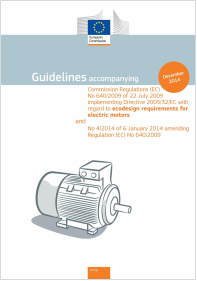 The guidelines only reflect the opinion of the Commission services and are not legally binding. A finally binding legal interpretation of EU legislation may only be provided by the European Court of Justice. The guidelines are without prejudice to the position the Commission might take should an issue arise in a procedure before the European Court of Justice.

Electric motors are subject to EU ecodesign requirements. Electric motors use almost 50% of the electricity in Europe. They are in machines such as elevators, cranes and cooling systems.  With a more efficient motor, an average of € 700 can be saved over the lifetime of the product. More efficient motors could save Europe around 135 TWh of electricity by 2020 – equivalent to the annual electricity consumption of Sweden. This means over 60 million tonnes of CO2 emissions will be avoided.

Some motors designed for specific conditions, for example those that operate immersed in a liquid such as in a sewage system, are excluded from these requirements.

Ecodesign requirements for electric motors are mandatory for all manufacturers and suppliers wishing to sell their products in the EU. These requirements cover energy efficiency. 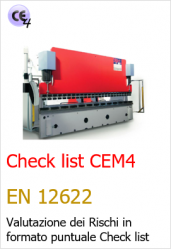