In its Communication on a Renewed Industrial Policy Strategy for Europe (13/09/2017), the European Commission announced “rules (…) to revise the rulebook on market surveillance”. For this upcoming Commission proposal on the enforcement of Union harmonisation legislation applying to products, Orgalime, which represents European engineering industries as a whole, calls on the European Commission to table a proposal that will effectively improve and facilitate economic operators’ demonstration that their products are compliant with the law. It must also aim to reinforce the means to deter rogue and non-compliant economic operators.

Orgalime has repeatedly called for setting up an enforcement framework that is supported by Member States, which facilitates compliance through education and guidance, and imposing minimal burdens on legitimate economic operators while tightening the control on those elusive few who try to cheat the system.

This paper draws on previous Orgalime positions in the area of market surveillance. It addresses various issues including the scope of the legislation or the definitions to be included. It includes a tentative proposal for a Union market surveillance framework that would allow market surveillance authorities to act swiftly, efficiently and effectively to deter rogue economic operators. Within this framework, it is important to consider the organisation of the control of products within the Union as well as the control of products entering the Union, the exchange of information and coordination and cooperation. Finally, it is important to consider how the available financing can be best used and how penalties should be imposed.

We trust this position will add a constructive and supportive voice to the discussions.

Orgalime welcomes the European Commission’s communication on a Renewed Industrial Policy Strategy for Europe (13/09/2017), which announces “rules (…) to revise the rulebook on market surveillance to better assist the more than 500 national market surveillance authorities in coordination and performance of their tasks.” (on page 6 paragraph 2).

At the eve of a new Commission proposal on the enforcement of Union harmonisation legislation on products, due to be launched before the end of the year, Orgalime industries call on the European Commission to table an ambitious text that would improve and facilitate economic operators’ duties in demonstrating that their products are compliant and that will reinforce the means to deter rogue and non-compliant economic operators.

To date, less than one per cent of the products of our industry imported through ports and otherwise placed on the Union single market are physically checked for compliance with EU harmonisation legislation; almost none are for compliance with energy or environment requirements.

However, the complexity of EU legislation that applies to those products is growing at a rapid pace; even more so the conformity assessment procedures and related costs that manufacturers are expected to bear to demonstrate compliance of their products to the law. Unfortunately, this investment of legitimate manufacturers is not protected.

Therefore, Orgalime calls on the European Commission to table an ambitious proposal to ensure that legitimate manufacturers that invest into product compliance can continue to operate in a level-playing field, especially at a time of growth of imported products sold through digital platforms.

2. Make it easier for everyone, but rogue economic operators

The future legislative proposal should ensure that EU law on compliance, enforcement and market surveillance is kept simple and that unnecessary burdens are removed. As suggested in the inception impact assessment of May 2016 and the subsequent questions to the public in targeted consultations, we expect the new European Commission’s proposal to facilitate the way economic operators should demonstrate their compliance with EU harmonised requirements.

To make the everyday lives for legitimate operators easier and, as a true relief on bureaucracy, the electronic transmission in digital format of the Declaration of Conformity, the technical file and other required compliance evidence – when required by market surveillance authorities in the performance of their checks –, should be accepted by all MSAs throughout the EU. However, digital compliance can in no way replace physical checks and on-the-spot controls of products placed on the market or at the borders of the EU.

An improved market surveillance framework must foremost address the legal “outsiders”, that deliberately cheat on the rules and do not care about providing evidence of their conformity with the law. This is why an online register that would store the technical files of lawfully operating producers would not detect the dangerous behaviour of non-compliant operators. Instead, such a digital compliance system would only add bureaucratic burdens to legitimate operators - especially small businesses - that are already struggling hard to be fully compliant while remaining competitive.

We believe that the decisive factor in making market surveillance effective is that all actors involved assume responsibility for their particular field of duty. Such a virtuous circle of responsibilities starts with the EU regulator itself, by adopting appropriate and easily applicable laws and by keeping compliance costs low, and proportionate: this is essential from the perspective of both economic operators and Member States which face resource constraints.

Market surveillance authorities should co-operate and mutualise efforts, starting with reinforced physical checks already upon arrival in ports and on the market by all Member States in accordance with the “culture of compliance” promoted by the Commission and with the objective to deter rogue operators.

The more complex the world and its challenges, the simpler the rules: this maxim will produce a “win-win” that will facilitate the tasks of both economic operators to comply and national authorities to enforce, with a better EC-led co-ordination at European level and a smart partnership with stakeholders. The inclusion of soft market surveillance in terms of education and guidance will further increase capacity across stakeholders and eliminate unintentional non-compliance.

The Commission Proposals for Regulations on Market Surveillance for Products (MSPR) and Consumer Product Safety (CPSR), which we generally supported, have drifted away from their original objectives, at both the level of the European Parliament and Council. Therefore, as the result of this legislative process did not add anything useful to the existing Regulation (EC) 765/2008, we called for the withdrawal of this package in our position of 1/12/2014.

Now with the announced new Commission proposal on enforcement of Union harmonisation legislation, Orgalime places good hopes that smarter market surveillance will be taken as seriously as devising Internal Market rules for the appropriate protection of consumers, workers, the environment, and growth and jobs in Europe, especially in our enabling industry sectors. 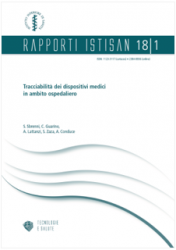 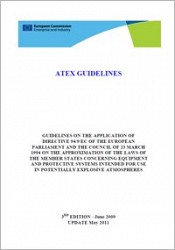