This book contains an Approved Code of Practice (ACOP) and guidance on the duties in the Confined Spaces Regulations 1997, which apply to all industry sectors with the exception of diving operations and below ground in a mine (there is specific legislation dealing with confined spaces in these cases). It also gives guidance on the duties in other regulations where they apply to work in confined spaces.

This second edition has been updated to reflect changes in legislation. Since the first edition was published in 1997, regulation 1(2) and regulation 2(c) have been amended by the Diving at Work Regulations 1997 (SI 1997/2776). Out-ofdate regulations listed in Appendix 1 have been replaced with current legislation.

References throughout have been updated to include the most recent publications available, and obsolete information has been removed.

The ACOP and substance of the guidance remains unchanged but the guidance given in paragraph 91 has been clarified.


(second edition, published 2009).
This version has been adapted for online use from HSE’s current printed version. 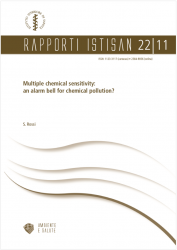