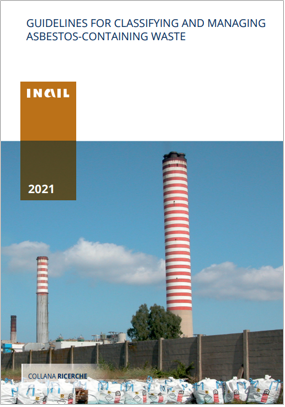 The definition of asbestos, found in the Italian Dizionario di merceologia (Dictionary of Products) of 1972, is: “a mineral that, when adequately prepared, provides fire-resistant and flexible fibres that can be spun and woven and which feature a high dielectric stiffness and chemical resistance.

From a strictly mineralogical point of view, there is no group of minerals that goes under the name “asbestos”, but there are various mineral types that can be distinguished based on their crystal and chemical characteristics.
According to the applicable legal references (directive 2003/18/Ec amending directive 83/477/Eec), the general term “asbestos” is used to identify six naturally occurring silicate minerals belonging to the serpentine (Chrysotile) and amphibole (Amosite, Crocidolite, Tremolite, Anthophyllite and Actinolite):
Chrysotile CAS No 12001-29-5(12),
Actinolite CAS No 77536-66-4 (9),
Grunerite (Amosite) CAS No 12172-73-5(10),
Anthophyllite CAS No 77536-67-5(11),
Crocidolite CAS No 12001-28-4(13),
Tremolite CAS No 77536-68-6(14).

Based on numerous epidemiological studies carried out since the 1960s and proving the carcinogenic nature of these fibres, all the above mentioned asbestos minerals have been classified as carcinogens by the International Agency for Research on Cancer (Iarc).

Therefore, asbestos has been classified as a category 1 carcinogen with the risk codes R 45 T (Toxic: may cause cancer) and R 48/23 (Toxic: danger of serious damage to health by prolonged exposure through inhalation).

For monitoring and prevention purposes, the Italian authorities have introduced the National Mesothelioma Register (Registro Nazionale Mesoteliomi) (Renam - legislative decree 277/1991 and Decree President of the Council of Ministers 308/2002) and launched a nationwide “asbestos mapping” project (law 93/2001 and ministerial decree 101/2003), which, to date, has identified more than 100,000 asbestos-contaminated sites.

This widespread contamination is due to the fact that, until the 1990s, Italy was among the world’s leading producers of raw asbestos fibres and Asbestos-containing Materials (Acm).

Most of the raw fibres were extracted from the Balangero site (near Turin), which was once the largest asbestos mine in Europe. Closed in 1990, two years later (under law 257/1992) the mine was included in the list of Remediation Sites of National Interest (Sni), with environmental remediation and rehabilitation activities being under way for a number of years now.

The Inail Dit has been involved for over 15 years in this major Sni cleanup project, focusing on the protection of the workers employed there and of the surrounding environment and affected environmental matrices (air, water, soil and subsoil).

In Italy, asbestos was also mined at the Sni-classified mines located at Emarese in the Valle d’Aosta region, where the extraction activities were carried out primarily by small-scale family-run businesses. The amounts of mineral mined and sold here were, therefore, much smaller than at Balangero. Following the Emergency Safety Measures (Esm) put into place here, the mine tunnels are currently inaccessible and the remediation operations are focusing on the nearby spoil materials. Another area of large-scale extraction of long-fibre chrysotile - much requested by the textile industry - was the Val Malenco, especially between the end of the 19th century and 1975.

Asbestos mining boosted during World War II, when it came to be considered a strategic material, and immediately after (with an an annual output of up to 700 tonnes, the industry employing over 400 miners), until 1952, when exports plummeted following competition from Canada. Production levels then gradually decreased and finally stopped at the end of the 1970s.

After World War II, the total output in Italy was about 3,800,000 tonnes of raw asbestos, while imports totalled 1,900,000 tonnes. Thanks to its intrinsic characteristics, namely, a fibrous structure with high mechanical resistance and flexibility, combined with the fact that it could be easily spun and woven, besides being resistant to fire, heat, chemical and biological agents, abrasion and (thermal and mechanical) wear, and to possessing sound and heat insulation properties and the capacity to bind easily with construction materials (lime, gypsum, cement) and with several polymers (rubber, Pvc, etc.), no less than 3,000 different types of products containing asbestos were developed over the years, in a broad range of industrial sectors, also as a result of low costs.

The most widely produced and marketed types of asbestos-containing products, for a vast range of “traditional” uses, contained a percentage weight of asbestos of between 10 and 98%. 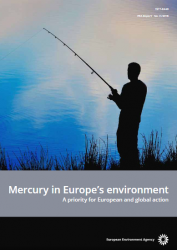 Mercury in Europe’s environment A priority for European and global action This EEA report aims to...