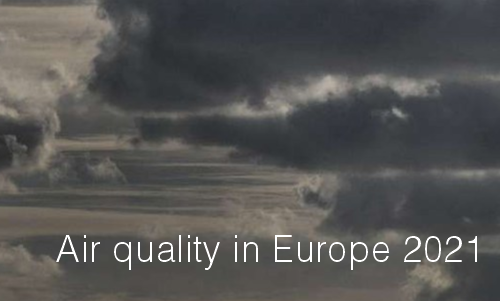 Air pollution is the single largest environmental health risk in Europe and has significant impacts on the health of the European population, particularly in urban areas. While emissions of key air pollutants and their concentrations in ambient air have fallen significantly over the past two decades in Europe, air quality remains poor in many areas.

Despite improvements, air pollution is still a major health concern for Europeans. Where you live has an impact on the risks to which you are exposed.
In 2019, air pollution continued to drive a significant burden of premature death and disease in Europe. In the 27 Member States of the European Union, 307,000 premature deaths resulted from exposure to fine particulate matter.

Were the new WHO air quality guidelines for fine particulate matter to have been met across Europe in 2019, then this would have delivered a 72% drop in premature deaths across the European Union compared with 2005 levels.

In 2019, emissions of all key air pollutants in the European Union continued to decline despite an increase in gross domestic production.

The Air quality in Europe report series from the European Environment Agency presents annual assessments of air pollutant emissions and concentrations in ambient air across Europe, as well as associated impacts on health and the environment. The annual assessments are based on official data available from European countries.

The majority of European citizens consider the health impacts of air pollution to be a very serious problem (European Commission, 2019). This concern is reflected in increasing public engagement around air pollution challenges, including ongoing citizen science initiatives engaged in supporting air quality monitoring along with initiatives targeting public awareness and behavioural changes (EEA, 2020).

This report gives the status of concentrations of pollutants in ambient air in 2019 and 2020 presented by pollutant, as it relates to both EU air quality standards and the new WHO guideline levels. It presents the health impacts of exposure to key air pollutants in 2019. In addition, it estimates the potential health benefits of attaining the relevant EU air quality standards and WHO guideline values for fine particulate matter, while assessing progress towards the health-related objective of the EU’s Zero Pollution Action Plan. Finally, it reviews the status of emissions of key air pollutants regulated in the EU and assesses emissions trends over the period 2005 to 2019.

This report is based on a range of background material produced by the European Topic Centre on Air Pollution, Transport, Noise and Industrial Pollution (ETC/ATNI). References and links to online reports are provided in each chapter.