Following the events of September 11 2001, international legislators considered it necessary to develop and implement measures regarding security for the transportation of goods by road, rail and inland waterways against possible terrorist risks.

On the basis of relevant UN recommendations security provisions – as opposed to classic safety provisions – have been listed in a new ADR Chapter 1.10 and address all parties involved in the transport chain.

These measures took effect on January 1st, 2005 and had to be implemented at the end of the usual 6-months transition period on July 1st, 2005.

Since then a limited number of amendments have been adopted and have been incorporated into an updated version of these Guidelines in 2010, aligning them to ADR 2011.

The current revised Guidelines therefore are in line with ADR 2013. 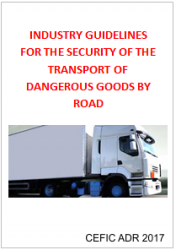 Guidelines for the security of the transport of dangerous goods by road Update ADR 2017 These... 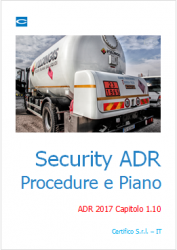 Guidelines for the use of RID/ADR/ADN 5.4.0.2 use of electronic data exchange