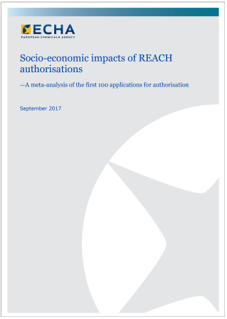 Report: ECHA’s scrutiny has a profound impact on authorisation decisions

According to ECHA’s report the requirements for authorisation have introduced stricter controls of use and have therefore reduced risks from harmful chemicals to workers and the population at large. They have often led to early substitution to safer alternatives. Where applicants made a convincing case that substitution was not possible the recommended authorisations permit them to continue using substances of very high concern and to avoid substantial costs to society.

The authorisation system has entailed costs to applicants and regulatory authorities, but the benefits outweigh the remaining risks, based on ECHA’s analysis of the first 100 applications for authorisation submitted and evaluated by the end of 2016.

The authorisation requirements as well as the reputational issues of continued use of substances of very high concern (SVHCs) have driven companies to substitute hazardous substances with safer alternatives as witnessed by the non-receipt of applications for seven substances on the Authorisation list.

- The aggregate benefit of authorisations (i.e. the costs that applicants, their clients and society as a whole would have to bear if the authorisations had not been granted) were estimated to outweigh the remaining monetised risks to human health and the environment by on average a factor of 15 to 1. This ratio varied a lot from one application to another.

- While ECHA’s scientific committees recommended to the European Commission that all the authorisations be granted, they suggested additional conditions and/or monitoring requirements in two-thirds of the uses. Furthermore, they recommended that the review periods be – on average – 2.5 years shorter than proposed by the applicants. Thus, the scientific scrutiny of the applications manifests itself in the opinion-making process.

The authorisation title of the REACH Regulation is a new way of approaching the management of hazardous chemicals, which incentivises firms in the European Union (EU) to substitute away from SVHCs where this is feasible.

In particular, SVHCs listed under Annex XIV to REACH must not be used after a specified sunset date unless a user or their supplier (e.g. the manufacturer or importer of the substance) hold an authorisation.

For substances for which a threshold in accordance with Annex I to REACH was established authorisations must be granted if the risk to human health or the environment from the use applied for is adequately controlled. Authorisations for substances for which it is not possible to determine a threshold may be granted if suitable alternatives to the specific use of the substance are not available and the applicant can credibly show that the socio-economic benefits of continuing its SVHC use beyond the sunset date outweigh the associated risk to human health and the environment.

The REACH authorisation title provides a flexible policy tool to manage the risks associated with the use of SVHCs. Together with EU Member States, the European Commission adds substances to Annex XIV to REACH. This ‘authorisation list’ includes substances which:

(i) are carcinogenic, mutagenic or toxic to reproduction (CMR);
(ii) are persistent, bioaccumulative and toxic (PBT) or very persistent and very bioaccumulative (vPvB); or
(iii) give rise to an equivalent level of concern (e.g. endocrine disrupters).

Firms, in turn, decide whether they wish to use a specific substance after the sunset date — and thus apply for authorisation on their own or under the umbrella of an upstream application — or discontinue the use of the substance.

ECHA and its scientific committees then examine the claims made by the applicants in their applications and forward an opinion on each application to the European Commission, which then decides together with the Member States whether and for how long an authorisation will be granted.

As of May 2017, ECHA had received 115 applications for authorisation for 199 of some 20 different SVHCs. Each of these applications includes a specification of the substance and the use for which authorisation was applied for, supported by a chemical safety report (CSR), an analysis of alternatives (AoA) and a socio-economic analysis (SEA).

ECHA’s Committee for Risk Assessment (RAC) assesses the risks to human health and the environment arising from the specific use of the substance as well as the appropriateness and effectiveness of the risk management measures as described in the CSR. ECHA’s Committee for Socio-economic Analysis (SEAC) examines the applicant’s report on the availability and suitability of alternatives for the use applied for and assesses the socio-economic consequences of the authorisation decision. RAC and SEAC then provide a joint opinion to the European Commission for supporting regulatory decisions. 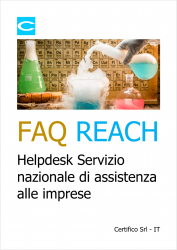 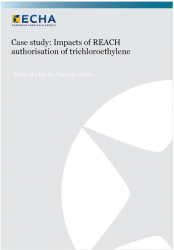 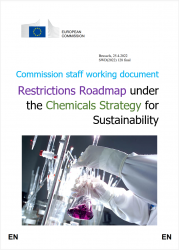