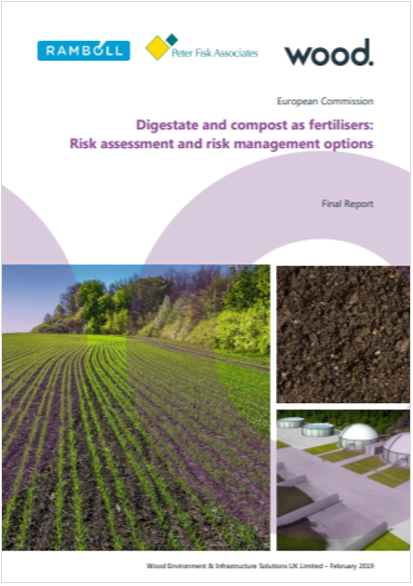 This is the final report for a project on ”Digestate and compost as organic fertilisers – Risk assessment and risk management options” (reference FC/2015/0010 - SR3 under Framework Contract ENV.A.3/FRA/2015/0010), prepared by Wood with partners Peter Fisk Associates and Ramboll for the European Commission, DG Environment. The aim of the project was to prepare an environmental and human health risk assessment and a risk management options analysis (RMOA) to provide a sound basis for decision making on the need to propose any regulatory measures to control the risks associated with contaminants in compost and digestate (hereafter referred to as C/D) used as a fertiliser and soil improver. This included a socio-economic analysis of the impacts of possible risk management action.

The market analysis involved collecting available information on all uses and related tonnages of digestate and compost in the European Union, as well as their input materials. The analysis involved a combination of a targeted stakeholder consultation and a review of relevant literature and statistical sources.

For compost we estimate that the current annual EU production of compost amounts to 17.3 million tonnes per year as a central estimate (with a possible range of 13-18 million tonnes). The vast majority of this (ca 14 million tonnes) is derived from green waste and separately collected biowaste, while some 800,000 tonnes are produced from sewage sludge1 . Some sources suggest that compost is (or at least has been) produced from mechanical biological treatment (MBT) of mixed MSW in some smaller countries, but a current EU-wide figure could not be derived. It is estimated that the majority (ca. 85%) of compost is used as a fertiliser or soil improver in agriculture, gardening, horticulture and landscaping. 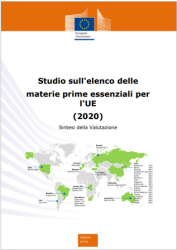