EMAS, the EU Ecolabel and other SCP tools

It is a retrospective exercise, aiming to assess the two Regulations’ actual performance.

The purpose of the fitness check is to evaluate the implementation of EMAS and EU Ecolabel Regulations and to assess their effectiveness, efficiency, relevance, coherence and EU added value. The fitness check is not evaluating the performance of the SCP policy framework as a whole, nor individual instruments other than EMAS and the EU Ecolabel.

The fitness check falls under the Commission’s Regulatory Fitness and Performance Programme. The work presented here is guided by the fitness check mandate for the EMAS and EU Ecolabel Regulations(3).

As the fitness check is a retrospective exercise, it does not answer forward-looking questions included in the mandate. The fitness check will be used by the Commission as a basis to inform future policy decisions on both schemes.

Economic activities connected to products and services have an impact on the Environment and on people’s health and quality of life.

Since 2008, several initiatives have further developed the framework on sustainability. These include: the Communication on EUROPE 2020

- a strategy for smart, sustainable and inclusive growth;

(5) the Communication on a Roadmap to a Resource Efficient Europe;
(6) the seventh EU Environmental action programme calling for a more effective and coherent SCP policy framework(7) and the 2015 EU action plan for the circular economy.
(8) In the Communication ‘Building the single market for green products - facilitating better information on the environmental performance of products and organisations’(9), the Commission recognised the need for a common method to quantify the environmental impact (footprint) of products and organisations and benchmark them against each other (within the same product group(10) or sector).

Such work has clear links to both the EU Ecolabel and EMAS, but as this work is still in the pilot phase, results were not available for inclusion in this fitness check. 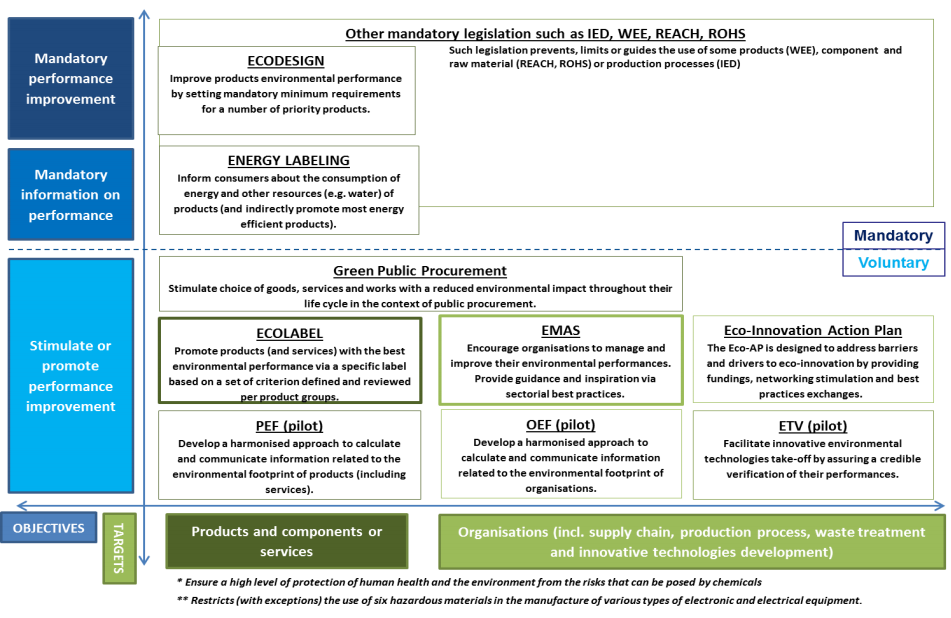 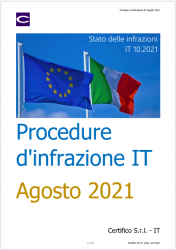