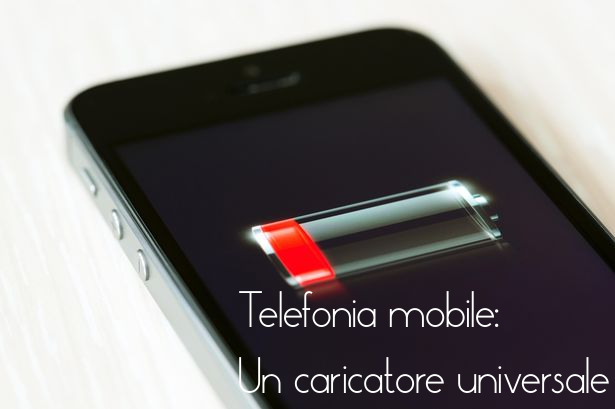 One charger for all

Harmonisation of mobile phones chargers is a key priority of the Commissions environmental sustainability policy.

The environmental benefits of harmonising chargers can be considerable, as the number of chargers sold unnecessarily could reduce the associated generated electronic waste.
A common charger is also expected to improve energy-efficiency, complying with the newest European harmonised standards, and thus reducing energy consumption.

To this end, the Commission has initiated the 'One Charger for All' campaign.

One mobile phone charger for all campaign

Campaign for the introduction of the voluntary agreement (MoU) for a common charger for mobile phones.

To promote the Memorandum of Understanding (MoU) on the common use of mobile phone chargers.

The chargers used often varied according to the manufacturer and model; and more than 30 different types of charger were on the market. Apart from causing inconvenience to the consumer, this created unnecessary electronic waste.

Almost every household is believed to have gathered a number of old chargers - estimated to generate more than 51 000 tons of electronic waste per year in the EU.

In response, the European Commission facilitated an agreement among major handset manufacturers to adopt a common charger for data-enabled mobile phones sold in the EU.

In June 2009, a Memorandum of Understanding (MoU) was signed in which mobile phone manufacturers agreed to harmonise chargers for new models of data-enabled handsets, coming onto the market as of 2011.

As a result, Europe's major mobile phone manufacturers agreed to adopt a universal charger for data-enabled mobile phones sold in the EU. The MoU committed the industry to provide charger compatibility on the basis of the micro-USB connector.

The MoU expired at the end of 2012 but it has effectively been extended by a number of its signatories through two subsequent ‘Letters of Intent’, signed in 2013 and 2014.

A study was concluded in August 2014 to evaluate the results achieved by the MoU and specifically:

- to analyse how the stated objectives of delivering benefits for consumers and for industry were met;
- to analyse results concerning  reduction of electronic waste;
- to provide all information relevant to consider options for appropriate follow-up.

The results of this study are now being assessed with new activity in this area expected as a result.